When you don't have docking rights...

So some of us have experienced this inconvenience, and some of us have not. The Mavs recently experienced the inconvenience when we were leaving Atlas. Came home from work and BAM! Bobby Atlas in his emo rage (and false claims he wasn't notified of Mavs departure) had reset Mavs to shoot on sight. We only lost a few ships to undocking. The worst part of undocking is the inability to re dock once you click that undock button.

Goons last night experienced that in NOL. One was an unfit Rokh most likely looking for insurance money. The other was a fully T2 fleet fit Apoc. The Rokh just died at the undock... the Apoc warped to the Pr- gate and jumped. I had called in Casebolt and Sir Kerry, who were in Pr-, to the gate. I jumped through and we sat there. Casebolt was doubting me me "So was it a Buzzard scouting or the Apoc that jumped through?" "It was the Apoc" "Are you sure??" "Yes I'm sure!" Sure enough that Apoc held cloak as long as possible, but that glorious moment came when it dropped and we lit him up. Down he went, and Case was very happy with the loot. We discussed why he didn't have on even one stab when the obvious occured. He didn't have fitting rights in NOL. Another reason not having docking rights sucks. Had he had one stab on that Apoc he would have escaped.

I also got Case a solo mail. The 0-1 system is next door to Nol, and on my way over to NOL I was creating an off gate of NOL in the 0-1 system. A Goon Zealot jumped through and cloaked up of all things. So I got Casebolt in his pulse Harbinger next door on the 0-1 gate in NOL. When he was in position I dropped cloak and waited. Nothing. So I warped to the gate and waited. A few seconds later this Zealot drops cloak and locks me up. The moment he aggressed I jumped and reapproached. Case jumped through and punished this guy. If I had known A. How he was fit. B. That his first (and only volley) would only do 8% damage to a Falcon's shields (which are pitiful). I would have simply stayed in the fight and jammed him up. As it was by the time I reapproached and jumped the guy was dead. This Zealot was... either fail fit or just an idiot for trying to hit a Falcon at 5km on a gate. For various reasons. I mean he could barely hit me with his beams because his tracking sucked. I could also have jumped through at anytime regardless of the fact I was in a Falcon. I could also jam him up at anytime. He also had no scout on the other side (which is why he died). Casebolt was happy with the loot though, since the Domination and Dark Blood hardeners dropped.

I'm hoping to start flying my Tengu within a week. I don't want to take it out until I can fly it right. I hope most people follow that doctrine, whether it be correct fitting or skills high enough. If you are flying a ship out of your capabilities, its going to die. This is something I believe in... I ride an R6 in RL. For those who don't know what that is: 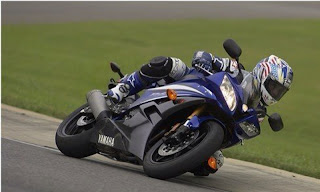 On a side not Rebellion Alliance handed over all TCUs, Station, equipment in Delve. In exchange they get 1 week of blue status. You know whats frustrating? Watching hauler after hauler undock from NOL filled with stuff. Much of which is Goon stuff. Goon ships. I wanted to shoot them badly but politics are... well, politics. I'm just happy I bought my Tengu from a Rebellion Alliance member on firesale before we gave them blue status. He probably would have kept it.

To be honest I am a little saddened that things are dying down in Delve. Right now we are in the lull. The time between the massive fights with Goons and the time at which we have Delve controlled and can take roams to fun areas of Eve. I have a few in mind...
at 11:23 AM