So I have a confession to make.

By that I mean I'm afraid of anything that keeps me tied down to a specific time or date or takes away my freedom in any way, shape or form.

So this causes me some issues, as other IT FC's take gangs out that have been advertised on the forums for days. Me, on the other hand, take impromptu fleets out. This tends to lead to participation being slightly lower than other roams. But I love the freedom to be able to go out with friends/girls (being summer this mainly means motorcycle rides) without worrying about internet spaceship friends getting butt hurt. I firmly believe that real life should and always will take priority. 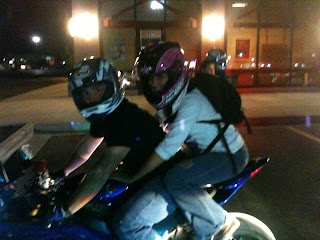 That being said, I do think that I owe the alliance mates of mine some more roams. I think too many I come across as a stuck up MVN FC who only takes MVN out on roams. On the contrary, they are the ones that most recognize me and get in my gangs.

So after our Morsus Mihi crushing (and the turnout of alliance members to that gang), I decided to take a gang out. We had just under 30 fleetmembers (nothing like wartime numbers but decent for a roam) and half were -MVN-. NEXE and DICE were the mainstay of the alliance members. 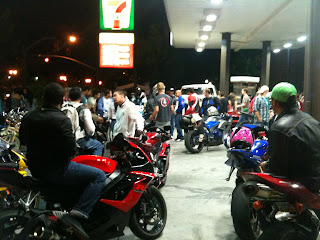 I ended up taking us out into Catch of course. We first encountered a couple neuts in SVM-. I got a convo from an alliance member in system who informed me they were in a Raven and Dominix and were coming from a wormhole he had a bookmark too. I got him in fleet as quickly as possible and warped tacklers to the wormhole but we were too late. The ships had left local, and when we entered the wormhole we found them all at a POS.

On we went, into Catch. The first 15 jumps I had a dictor scouting us. We first snagged a Hulk and Pilgrim in GJ0. We blitzed system and our bubblers went straight to station, bubbled as they landed. The Hulk landed just off station-and he paid for it. The Pilgrim landed a couple minutes later, decloaked while landing for whatever reason. He got pulled into the bubbles, and cloaked up after landing. Unfortunately for him, we had a bead on his location before he cloaked and our ceptors got the decloak and he died.We also killed a Caracal who jumped into system, our dictor was on gate and snagged him.

After about 5 minutes of killign we left system and headed to JBY6. Same drill, but our bubblers were just a little too slow. Caldari Navy Raven and Typhoon landed on station, Raven docked but Typhoon had to burn for about 15 seconds. We were too slow.

We moved on to Curse, and I took the lead in my Harbinger in an attempt to pick fights. I was largely unsuccesful. I had one chance to pick a fight with Outbreak (who are now part of -A-) in the form of a Dramiel. He got a little too close on the Utopia gate, and I tackled him with scram and web.

But... PK fails. I forgot to turn on MWD to keep up with him and he escaped in 1/4 armor in what should have been an easy solo kill.

Not only that, but his "backup" never showed up... and before I could pick a fight with an Outbreak Ishtar they scouted my fleet and the gig was up.

We moved on to Waterboard, and got a whole lot of nothing. Just one Manticore.

We moved on through Curse, and instapopped a Cheetah from Ivy League, who dropped some Sisters' probes. We also killed a TEST Rifter and Burst.

Not as good as the corp roam the night before, but we were a larger gang and attracted more attention and were slower to move. We didn't get killed by -A- though, and for that I am thankful.

The key is to know when to hold, and when to burn. Sitting in a station system like GJ0 got us kills, but the moment we entered local the clock was ticking. Gangs get burned in Catch because they dick around for too long, and give time for response gangs to form and get in position to drop on them. Idling in empty systems, moving through unexpected routes of travel and burning through areas where you know the enemy has eyes on you can be crucial to keeping you in the advantaged position that an attacker needs to survive. The element of surprise is huge.

Know who is friends with who. Who shares intel, who will form gangs together. Region jumps always help, but even in regions there are certain people who just don't pay attention. Always check local and see who the neuts in local are. For instance, there is no reason the Hulk in GJ0 should have died. His own alliance had eyes on our fleet 2jumps away. Yet he waited until local spiked to try and safe up.

Like I said, we didn't get the best or number of kills that the MVN roam the previous night had netted. But we didn't get annihilated like the IT gang the night before... and I can tell you which gangmembers logged off happier with their ships intact :)