Many people in EVE have Black Ops. These are usually hangar queens that never get used. There are some that do get used, and they usually get used like battleships.

Thats like using a 1958 Bentley as your daily driver to work. You just don't do it (Unless you're Tony Montoya).

Unfotunately many do, and it results in comical loss mails like this Widow we killed in Yong awhile back. He jumped in low sec, our eyes saw it and he warped to the Biphi at 100km and cloaked. Not sure why, but thats what happened. So 10 ships start burning towards his cloaked Widow. Now remember, Black Ops cannot fit covert ops cloaking device. So they can't warp cloaked.

After a couple minutes we decloaked his Widow and he died. Quickly.

But he didn't lose a 100 million (tops) Scorpion. He lost a 1 bill (probably more with faction loot) battleship.

So last night we used Black Ops the right way.

We roamed into Catch, our Cov Ops scout looking for targets. We had a wonderful cov ops gang and a dictor for the normal system to system jumping. It was uneventful until Xoo reported two Paladins and deadspace wrecks on scan.

He dropped probes and started getting hits. In 20/20 hindsight he should have just warped to anomalies but he scanned it to 100% and warped to it at range.

Paladin on grid and in range.

We decloaked in our system and got on Xoo's Redeemer. He decloaked his Cov Ops and pointed the Paladin. Bridge went up, in we went. Paladin didn't even have time to destroy our scout before my tracking disruptors were on him, making his turrets useless. The Redeemer was given the go ahead to jump through, but before he could lock the Paladin it popped. The rats were hitting him hard, and his reps just couldn't keep up. His loot drop was crap too.
I ended up having to leave at that time, and handed the reigns off while I went out for good times with chill brosefs on sport bikes :)

Its ok though, two Paladins in one week works for me. 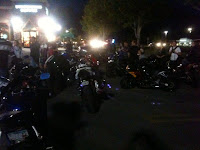 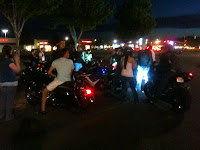 Black Ops possess the special ability to generate a covert ops bridge. Similar to a titan bridge, but it can get into cyno jammed systems, the covert cyno does not show up on scans, it lasts 1 minute (30 seconds for covert recon) and uses much less fuel to light. They are basically a workship, and should only be jumped into combat when area is completely secure and their safety is guaranteed. Due to their inability to warp while cloaked they can be easily caught as compared to their
smaller brethren in stealth bombers, recons and T3s. When used correctly, however, they provide the ability to hot drop unsuspecting targets with great success. Dirt Nap Squad and Elitist Ops are two notorious Black Ops runners, with experienced players and skilled toons to make things happen.
That is all.
at 3:43 PM