Response to an Angry Boy.

If your remember I wrote an entry about Roaming in Looney Space. Rather than bounce safes for however long it took for them to get bored after they blobbed us, we logged most fleetmembers off and biod. Then a super angry commenter left a huge emo post, which I posted called Response to an Angry Man.

Well, after logging off in high sec, another very similar incident arrives. Let me share the tears.
11 thoughts:

Logan Fyreite said...
you brutalized him. In the spirit of being a STIM asshole though, what?! T1 guns! geeze >.>

hehehehe
Nice kill though, gotta love it when you can get on them before their neutral RR help shows up!
June 2, 2010 5:18 PM


paritybit said...
I'm not angry; I have no stake in this. I just think it's sad that you use your killboard as a measure of efficiency, when it's actually a measure of how well you press CTRL-Q -- and you're not the least bit ashamed to say it.
June 3, 2010 3:41 PM

Perseus Kallistratos said...
By the way, Paritybit, are you French?
Failed to accept consequences sounds awfully like "failed to give up and die"
"I don't believe in no-win scenarios"
June 3, 2010 6:52 PM 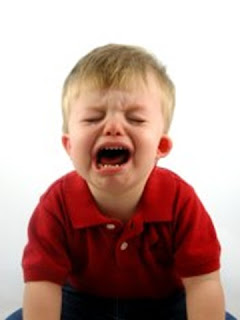 paritybit said...
Ctrl-Q is absolutely giving up; it's just not dying -- but only because the game can be gamed.
It was entirely a no-win scenario, which is why you opted to quit (what do you think Q stands for genius?).
It's silly that you're getting all high and mighty about it and calling me the quitter. You're the one who couldn't be bothered to scout, and then couldn't be bothered to accept the consequences for your failures. And then brag about your Ctrl-Q killboard stats.
June 4, 2010 12:12 AM

Perseus Kallistratos said...
:)
No win scenario means you die.
Confirming I am a genius.
Also confirming that I am getting high and mighty.
Considering I have ctrl-Q in space twice in the last year (read the blogs, I obviously have no problem reporting it when I do) I'm thinking those two potential losses wouldn't put a dent in my stats. Feel free to do the math and let me know how much they would have changed.
When you're finished give it a rest. The poll was 50/50 on those who do and don't. I appreciate your opinion but only half of eve players agree. Read my most recent post. Onyx logged off. Did I emo? Not at him, only at our less than intelligent FC. Props to the NC pilot who saved his ship and will use it another day. E-Honor at its best.
June 4, 2010 12:41 PM

The bottom line is there are plenty of opportunities for pvp'ers hunting someone to catch their prey! If the prey gets in a situation to log off, then they won, its the hunter's fault for not catching them. If someone catches you and aggresses you on a gate and has you tackled and you log off, you die! If you get in a situation where you can log off then that means you got away! Pure and simple. I really don't see anything wrong wiith this tactic...Maybe you should try actually catching people and killing them instead of bitching when they slip through your fingers!
-Agro
June 4, 2010 12:54 PM


Lets be clear. I don't mind peoples opinions. I value them, which is why I put polls up. I value input from all alliances/corps. But personally insulting and being downright rude just because someone doesn't share your opinion is over the top. I may be a "limp dick", but only a few insanely hot ladies know that. Certainly not some random internet entity who may or may not even play EVE. Some people may logoff, some may not. Who cares? At this point its not considered an exploit so whatever you believe, it can and will happen.