Yesterday I logged on after a beautiful ride and some weightlifting. 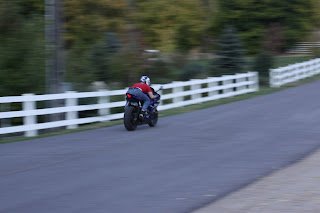 What I found was a PL fleet inbound and a sleepy -MVN- home fleet.
I woke that shit up.
"GET IN FLEET!" That went across comms and corp chat.
Slow response was what I got, but better late than never. We started forming numbers as PL entered system. Recons and HACs was their composition. We formed up HACS, Recons and BCs with good tracking.
We tried to gank a lone Cynabal in Kee- on the 5-C gate, as the PL gang moved up towards Fountain. He aggressed our Drake, and I went through. Unfortunately I landed just inside neut range in my Curse, and he burned away immediately. Had I loaded system closer, I would have had him toasted.
Their gang jumped back into 5-C, presumably as a result of the failed attempt to kill their Cynabal. I got everyone in KEE- to the friendly pos, as we didn't have sufficient numbers to engage... yet. If all my pilots were exceptional it would have been a good fight, but given the mixed nature of industrial and PVP types I played it safe.


All of a sudden I hear "oh no I'm tackled". I was like "whos tackled, by what and where". Apparently someone had warped to the gate instead of the safe POS in a Harbinger. The Cynabal tackled him, and PL was now landing on the KEE- gate in 5-C.
Instead of trying to warp off or force the Cynabal off field, he de aggressed and jumped. Right into the 10 PL on the other side.
He died.
PL eventually jumped into KEE- and moved up the pipe towards NOL. We got a couple more in fleet at this time, and they jumped into KEE-. We pursued all the way up to NOL, but couldn't catch up to anything but their Drake, who had POS'd up. 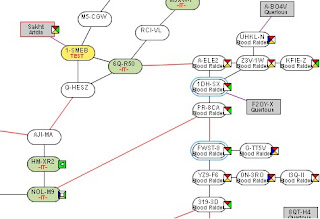 We fooled around in Delve core, evading the PL cov ops scout in who started following us in NOL-.
I jumped our fleet HM and into AJ-. As we left AJ to a dead end pipe their scout entered local. I sat my Curse on the Q-H gate, and sure enough the cov ops lands and jumps through. I have my Vagabond pilot scouting over in A-E at the time, and PL has no idea where we went. After the cov ops jumped into Q-H I brought my guys in and we moved into Q-H. The enemy scout was in 1-Smeb and didn't see us.
Then my Vaga pilot found their gang. 6Q-, heading A-E. Jackpot. My Vagabond burned back towards us, A-E to Q-H. A Cynabal had been playing with him, but running everytime he tried to kill it.
Scout jumped into 1-Smeb and Cynabal followed. He tackled our Vagabond their gang jumped in. Remember, they don't know where our gang is.
Vagabond was screaming bloody murder as 1-smeb local filled, and I jumped our gang in from Q-H. "Warp to 6Q- gate at optimals gogogog!!!"
As we were landing our Vaga died. The hostile gang now consisted of Vagabonds, logistics and some other fast movers. Our gang landed right on top of them, and Vagas all burned out. But a lone Cerberus was still on field and he was promtly tackled. With our DPS the Cerberus popped very quickly.
We approached 6-Q and held, the enemy gang in system with us. Then they appeared on grid, landing on gate at 0. I surveyed the composition and thought for a moment. 4x Vagabond, Drake, Rapier, 4x Scimitar, Cynabal.
The logistics had me worried. We had a tiny bit of an advantage in numbers and composition, but PL are competent pilots and logistics can change a fight very quickly. I knew if I split our gang to play ping pong with them we would take losses.
So we waited.
They jumped.
So did we. Each team held cloak, the exception being my Onyx pilot, who bubbled up and reapproached. PL waited out session timer and then they all burned back to the gate. I decided to go for it and called a primary, one of the Scimitars.
He made it to the gate in armor and jumped through, along with all of his buddies.
At this point I decided to bail, given that we had spent enough time for PL to scout our composition and form a counter. Because we were only two jumps from KFIE- it would be much easier for them to reship and kill us, and the two command ships were juicy.
We burned to NOL-, and sure enough PL added a few gang members from KFIE and was in hot pursuit. Our command ships docked up while the rest burned a few jumps towars home (5-C). PL didn't pursue past NOL, for whatever reason, so we picked up our docked stragglers and continued home.
1 Vaga lost, 1 Cerb killed.
Meh.
Always remember when scouting that you are on your own. Sure, the gang is close, but they are not there. Be smart.
That is all.
at 3:49 PM