Late last night we took a small gang (5 ships) to mess with Privateers. Easley was already out and about and took a crazy fit Dominix to mess with Privateers. I was in a Geddon, we had a Scorpion and two Drakes as well. Easley took down this Brutix solo after aggressing and having the Brutix aggress back. Note to all Armor tanking pilots: if you are going to trimark your ship put a damn plate on it ffs. Then Easley's happy time of the night came when he dropped this Federation Navy Comet. Whew, thats an expensive fit. Problem is, Easley got greedy and played around too long. The 4-5 Privateers he was playing ping pong with were manageable, even when the first Curse showed up. My sixth sense tingled though, and I advised that he disengage until we arrived. He decided to do just that, albeit a little late... another 6 or so showed up and the second Curse pretty much killed his tank. So our little roam/plan was down one without ever starting. Easley was a little pissed, and agreed he should have killed the Comet and bailed until we arrived, but was happy with the two kills he got. We re routed to Jita, and found a Curse in Jita on the Sobaseki gate. He followed our bait Drake into Sobaseki and even followed as our Drake warped off. So we jumped Jita and warped to the Sobaseki gate. I had our Drake come back to the Jita gate and, sure enough, the Curse followed. Now in my experience, the one ship a Curse should hesitate to engage of all ships is a Drake. I mean, sure he can neut to the point that the warp disruptor loses power but he isn't going to kill a Drake. Missiles takes no cap to fire, and the invulnerability field is helpful but not essential. Regardless, our Drake sat on the Jita gate, us waiting on the other side. Sure enough, Curse lands... Yellow boxes.... aggresses. "POINT HIM POINT HIM POINT HIM" I screamed as we jumped into Sobaseki. I loaded grid and... he was 32km off me and burning. Out of optimal for my mega pulse.

Fearing blobbage from Privateers (justifiably so) we warped to Planet III at various ranges. I warped at 70km. We sat there for about 15 seconds when the unthinkable happened. Our friend in the Curse lands on grid with us. I don't know how or why, but he did. To make it better he was 17km off of me.

Our Scorpion was way off, but did his best to jam the Curse up. Our Drakes were within point/web range and that helped. I found myself within optimal pulse range and as soon as those lasers started humming he took massive damage. His speed was no concern; with my DPS the Curse melted. It was an expensive fit, and he offered a GF in local. Props to him. I told my guys to give a gf in local as well. Hats off to this guy for being ballsy. It was still a bad idea to try and engage us, but he did and died. So we aligned off to a station and were planning our next waypoint when local bumped one Privateer. I can't remember his name, but he decided to start talking smack in local. Normally I'll banter back, but he was pretty aggressive for a high sec mercenary whos buddy just got killed due to extreme stupidity. I believe his first comment was something along the lines of "does IT usually run from a fight".

Now, I am a pretty reasonable guy. But that was just a dumb troll. Me being somewhat volatile, however, meant that I disregarded my own orders for politeness in local and offered some advice. "Hey, dude, tell your Brutix pilot that if hes going to spend the money to trimark he should try an armor plate". My next line "and thanks for the Curse mail, man that was expensive". I decided not to mention the Privateers who hid in Jita 4-4 last time we brought an RR BS gang around... because that wasn't running really. I think that qualifies as hiding. I also declined to argue the age old arguement of blobbing because its old. Everyone does it at some point in time. Their numbers next door qualified as blobbing. A few days ago they had 6-5 odds (even fight?) and hid in the station. Pointless to argue with an idiot; you will never win.

Yes, yes, I know there are some of you out there who are madly against smack in local. I even read a post last week from someone else in the Blog Pak (can't remember who, sorry) about how local talk is bad. I completely agree in some circumstances. But, like I always say, everything is circumstantial. In this case, they knew we were there, they knew we were active and they even knew our composition. And, to be honest with all my readers out there, I am a habitual smack talker. ASCII in local, probably me. The good thing is, practice makes perfect, amirite??? I like to consider myself to be a proficient smacktalker due to the fact I have valid arguements (subjective?) and don't go emo rage in local.

We bypassed the Sobaseki gate and poked our head into Jita by means of a Drake scout. We were considering going to Perimeter so I sent my scout into Perimeter. He jumped in, held cloak as another Privateer Curse warped off, and broke cloak warping off. I had him come in at range... nothing. Privateer count in Jita was a little high... so we decided to bail. I had him warp to Jita gate in Perimeter, which was clear on his side. He jumped into Jita and I knew something was wrong when he started stumbling over his words and cursing on comms.

To all EVE pilots:

When confronted with a bad situation no matter what it is, stay calm. Don't panic, don't freak. Stay calm and think clearly. In the case of a jump in, you have between 5-30 seconds to act depending shiptypes/situation before you need/have to drop cloak and act. In the case of my Drake pilot, he jumped into Jita and had 8 Privateers on gate with him. Analyzing the killmail you can see three quick lockers. Rupture, Legion and Curse. The Rupture especially will lock most ships immediately. The rest are damage dealing battleships. My man is newer to the game (albeit extremely smart and capable) but his first thought was GTFO!!! This is a good thought to have, but the moment he tried to warp off and dropped cloak he lost. What do I mean, you ask? Looking at the situation calmly with the time you have shows that there is no way a Drake with even Level V Navigation skills will get off the gate before being pointed. So as soon as he broke cloak and started building up speed, he was locked and pointed. Now his speed drops to zero, until he clicks approach on the gate frantically. By this time he is webbed and perhaps scrammed, and has a top speed of under 50 m/s. Effectively speaking, he is dead in the water. Down he went. Lucky for him (sarcasm) he is in Jita, so as his ship dies the boarding pod procedure lags out and he loses pod+implants as well (applause for CCP please).

What should have happened is this: Drake jumps in and sees camp. Surveying shiptypes he sees fast lockers and immediately rules out warping off. Jita/Perimeter gate is heavily trafficked so it will take a bit of time to lock him and apply webs/scrams/points. Not enough delay to warp, but it makes reapproach a feasible option. Also, no tacklers on other side of gate. Only Legion could hold him solo if he makes it to gate and tacklers jump through. Rupture would die, Curse would die/leave field. Knowing Privateers its also doubtful that it would even matter as they would all more than likely aggress. All this should process within 5-10 seconds. So, knowing reapproach is only option, he would wait out his session change, click approach gate and spank MWD. Immediately Privateers would see flashy red and attempt lock/point. Rupture would point immediately, Curse and Legion shortly afterwards. By this time speed would be climbing to 1km/second. Scram from Legion hits suddenly, killing MWD. Webs also start snaking onto his ship. But his speed with overheat would have already hit about 1200m/s and its too late. He would see all ships aggressed and know that other than a new wartarget in Perimeter there would be no one waiting for him on the other side. For those that aren't aware, webs do nothing to your ships actual speed. They negate your engines ability to move you, but don't actually keep your ship from moving. This is why bumps on webbed ships work so well, as the bumps still send your target flying even though his engines are useless. Given that Perimeter/Jita is not a regional gate, within 15-20 seconds he would hit the gate and jumped through. After 5-10 seconds (assuming Privateers are sensor boosted KM whores...) the battleships DPS would be hitting him quite hard, but with the Drakes tank he would have enough time to get to 2500 off the gate and jump through. Given the unknown location of other Privateers and the intel they share, he should have loaded grid, warped off the gate immediately to a station and docked. Then go get food watch a TV show or log and try to get out later when Privateers get bored. The one thing that would screw up the idea is a really good bump on the Drake on his reapproach. This, however, takes very good piloting and with the exceptional lag in Jita is highly unlikely.

But, the warp failed, reapproach was now too late, and he died a glorious death. Privateers probably laughed. But we still laughed harder at the Brutix, Comet and Curse mails that made our night a win. Curse = 200 mill, Comet = 125 mill (that may be undervalued even) Brutix = 55 mill. So we killed a little under 400 million of crap. The Brutix pilot got about 40 mill in insurance. Yay. We lost a Drake = 60 mill and a Dominix = 140 million. 200 million lost. Insurance for Drake = 38 Mill, Dominix = 60 mill. Do the math :) No? Ok, 100 million compared to 400 million.

After the Drake was lost we moved home. A Privateer bomber pursued, even pointed the Scorpion at one point, who promtly jammed him and warped off. In hind sight we should have killed him there but his gang (if there was one) may have been close behind so we kept moving. He gave up after 5 jumps and home we went. I camped Ec- for 30 minutes before falling asleep and nabbed a few useless kills.

Quick note, CCP just announced deep safes are gone in Tyrannis. If you have crap parked outside of the new boundaries (10AU from a celestial) move that stuff or its gone on patch day.

For laughs here is a picture I found on Kugu's forums: 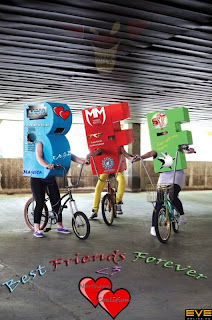 Congrats on getting into the blog pack- look forward to seeing you in capsuleer! Hate to break it to you though but there's no way the comet you linked is 125mil those deadapace mods are worth under 10mil each. Still nice to kill a faction frig mind.

The new boundary isn't actually 10 AU from a celestial, it's no more than 10 AU + distance to farthest celestial from the sun; meaning, if you have a celestial at 20 AU in a solar system, the boundary is 30 AU from the sun in any direction. At least, that's how it's written.