Yesterday I spent most of the day riding my motorcycle around. It was warm and my bike has a new exhaust and HIDs. Its hot. 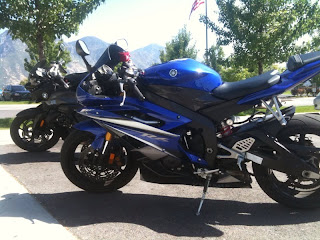 So I took that around town and to my sisters and back. My goal is for no speeding tickets this year, last summer I got 3. I'm pretty sure my insurance company loves me. 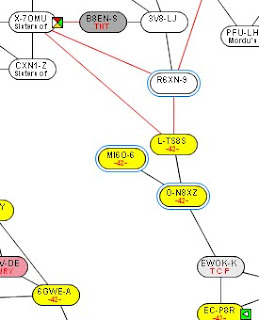 I hopped on and joined a POS bashing op. We had just finished hitting a POS in EWOK- (jump bridge pos baby) and were getting ready to attempt an assault on the EC- POS. NC had bridged into EC- and were defending that POS. They left us alone (except for bombers) in EWOK. I hopped in a double S-Bo'd (Sensor Boosted) Harbinger to help nail the stealth bombers. Since I had just hopped on comms I wasn't aware that the ever usual permacamp of cloaky fags was in O-N even with a giant fleet next door in EWOK. So burning to catch up with the fleet I jumped into 0-N.
Damn.

On the gate was a Sabre, Falcon, Rapier, Curse.... with a few more UFOs in local. Drones out, they were waiting for me. I sat and waited for session timer to wear off. My plan was to reapproach put drones on Falcon and hit the Rapier. Maybe, just maybe I could get away. I also dropped a line in fleet for support that were in EWOK- to come help. Of course none would come. Twenty seconds passed and my session change was over... so I reapproached gate and spanked MWD. I started locking the Falcon when he got his first jam off on me. Damn. Rapier double webbed me. Damn. Second Falcon de cloaked. Damn. Proteus/Stealth bomber decloaked and started hitting me. Shit. My speed dropped to 60 m/s. Deep shit.

I sat in the bubble in my pod... waiting as all of them pointed me to whore on my podmail. Pop. Waking up in Torrinos, angry as hell, I updated my clone and logged off.

It was my own fault really. I should have assumed that having our big fleet next door would, if anything, mean that the cloaky fag guys in O-N would be having a field day. All late comers to the op would be traveling through to get to EWOK-. If local spiked the hostile gang would cloak up and watch it pass by. I failed. It was only a Harbinger you say? Yeah, but I died without reason. I couldn't even get a kill due to the perma jams (I still think Falcons are fine and anyone who wants them nerfed more can suck one). Sure insurance gave me money, but its the principle of a stupid death that irks me.

Twenty minutes later (and a few slices of pizza) I signed back on. My clone was in Torrinos, so I got in a Drake I had there and joined fleet which was now in EC- skirmishing with NC. Jumping in, I almost tackled an enemy Thorax who probably re shipped himself. He was 40 off of me after jump in, however, and I couldn't catch him in time (regional gate = huge). I warped to gang and found them hitting the hostile tower. The bombers of NC had taken a huge hit when they warped into a bubble on an attempted bombing run ten minutes earlier and got massacred. Soho was running this op, and although his experience with large gangs is limited (he does the small/medium thing more often) he was doing an excellent job. The NC fleet was mainly HACs/BCs and kept warping in and off the field. We got a warp in on their gang, but upon landing we only popped three before they warped to their POS. Back to the POS we went, and hit their gang again. I am happy to report we did primary and kill Kula Kain's Tempest yet again. Gotta love the 4 plates. His gang was in disarray after he went down and we had a chance to annihilate the rest of their gang bubbled to hell on the POS...  Then the bombers hit again. We popped 8 bombers on that fail run where they were bubbled... but being next door to Torrinos meant cheap replacements were available. Thats our theory at least. Anyways in they came and bam, they hit the BS hard. We lost several on that run, even my Drake with its smaller sig radius, 75%-80% resists almost went into armor with the hits I took. We were forced off the field, and Soho made the call to roll home. I agree completely with his decision.

What went wrong is that too many of the IT gang were using snipe fit battleships, with little to no buffer at all. Half the ships weren't rigged, and many didn't even have a plate in the lows. The -MVN- boys were taking 70,000-80,000 hitpoints to die (for the most part). Die they did, eight bombers will kill even a plated battleship. For instance, Yasumoto's Lossmail. Those trimarks will give you so much more armor and with the engagements we are in the velocity and agility aren't as essential as the Euro boys and their supersnipe fits. Going down with eight bombs on your lossmail is one thing, but the ships that were dying to just a few bombs were the ones Soho was disgusted with. For instance, this Apoc Lossmail. 29,900 hitpoints is less than my Drake takes. This is asking to get popped. Soho told fleet that if they wanted to continue being succesful in USTZ ops to fit a tank on their snipe bs for survivability. I also refer to my last post in which I described the things pilots need to do and be aware of while shooting a hostile POS. We'll see what happens.

Regardless of the outcome the engagement was fairly even with losses, and we killed the EWOK- POS. Thats two nights in a row during USTZ we achieved objectives. New tactics FTW.

Easley and myself took out a small gang to finish off the night. Only kill was a Drake Easley caught in a belt. By the time we got there he was already at 50% shield due to the rats. Down he went, and we bubbled his pod too. After another half hour or so we went home and disbanded fleet.